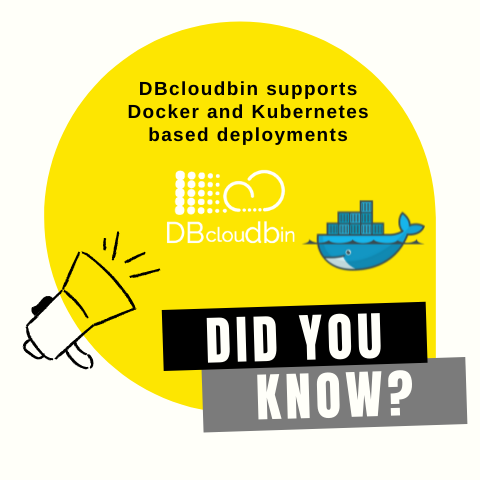 Why dockerizing DBcloudbin (or any application)? The answer is simple and clear: from DBcloudbin we want to make life easier for our users, and Docker is the way to do it. Here are some reasons that support this idea:

The running components that make up a DBcloudbin installation are mainly two:

Since version 3.04 we are packaging and publishing in Docker Hub both components as images to be used as docker containers. IMPORTANT! This will not avoid the usage of DBcloudbin setup to configure the Database layer and adaptation of your application schema using the regular DBcloudbin install tool (you can request a FREE trial here). However you can install only the first two packages running the setup from any server or laptop with access to your database, and leave the agent and CLI running as Docker containers. 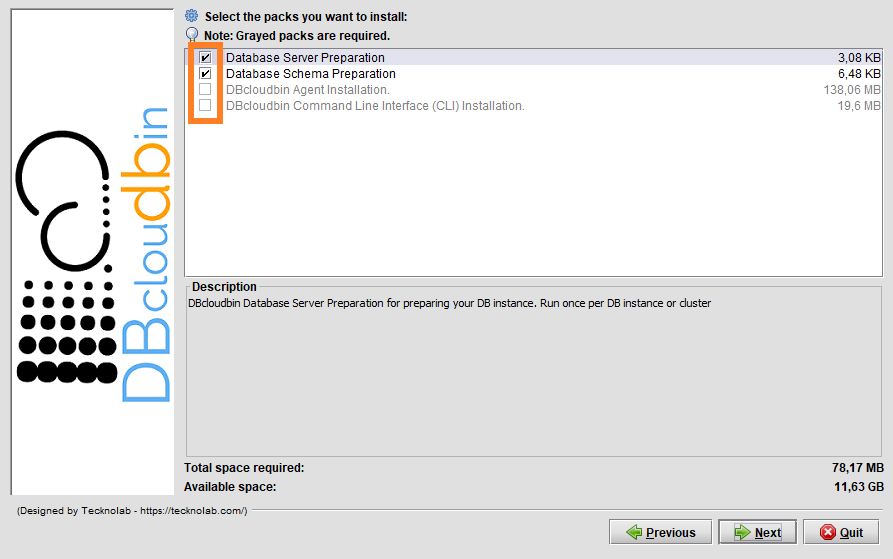 If you want to know how you can use our Docker images, follow the instructions explained below:

The command to run it will be:

IMPORTANT! Our running agent must be reached by our DB host using the name and port defined when we run the setup tool. If this is no longer the case, we need to adjust the address so that our database host is able to correctly resolve the name and port to access our Docker infrastructure and container, use the DBcloudbin setup again in update mode to reconfigure the name and port.

After running the DBcloudbin agent, probably we will want to launch some DBcloudbin command using the CLI. To do it with a docker CLI container, it is very simple. There are a few environment variables you may need to use:

Use the CLI with a docker command as the following (for connecting with an agent launched as described above):

With the first launch, a CLI wizard will request us the target database credentials (that is the credentials of your application schema, the one selected in the setup for generating the transparency layer). To avoid introducing your database credentials every time you execute a DBcloudbin command, you must add an external docker volume mapped to the /profiles path.

You can find the DBcloudbin Docker images in our Docker Hub repository (https://hub.docker.com/r/tecknolab).